Skip to the content
DEATH // in the digital age

Robin Williams’s death freaked everyone out — and instinctively everyone went back to their favorite of his characters. The genie stands out as in direct contrast to his death – suicide – as kid-friendly and a lot of fun. Naturally, this is where World of Warcraft users went when designing a tribute to Williams. In the article “Does the Internet Change how we Die and Mourn?” the writers leave out a huge portion of the internet – gamer culture. Most of the ways they list just show a shift to a large conversation, by talking to dead loved ones on Facebook and blog posts. However, WoW players expand this entirely by being able to create a space to go visit Williams, or at least the voice of the genie he voiced in Aladdin. This ability to create something after tragic death not only allows for mourning, but allows us to never forget. I wonder how many people have specifically sought out that part in WoW after hearing about this phenomenon. Although we will never again experience new Williams characters, we can now interact with one which always brought us joy and laughter.

In a demonstration of sincere nerdom, Reddit users created a Terry Pratchett memorial with a specific population in mind. The memorial draws upon context from Pratchett’s novel, Going Postal, by embedding code back to “the clacks”, a communication system in the novel. Much like the disaster jokes in Of Corpse, the memorial is only accessible to a very specific subculture. The true meaning is lost with viewers unfamiliar with the author and his specific works.

Here are our thoughts from today’s class. We contextualized the “Neverdie” article with Emmons’ piece on ghosts.

Tina does not qualify as a ghost because the gaming community rejects her, since her avatar does not fulfil a social purpose. But for “Neverdie” and his son, using Tina’s avatar is a way of coping with her death.

It really depends on how much of our personality we impart to the avatar. If players don’t put themselves into their characters, then the act of playing someone else’s character doesn’t seem so violating. But in the case of Tina, she was very much a part of her avatar (for example, she closely resembled her avatar in physical appearance) and so Neverdie’s actions are less forgivable.

Walter et. al. mention the role of memorials in desequestring the dead and bringing them into the public sphere. But we do have to ask if there is a point at which this process can go overboard. In Whitney Houston’s case, the overemphasis on her abilities as a performer might damage the rest of her; her person could be harmed for the sake of monetary gain/remembrance of her performances. 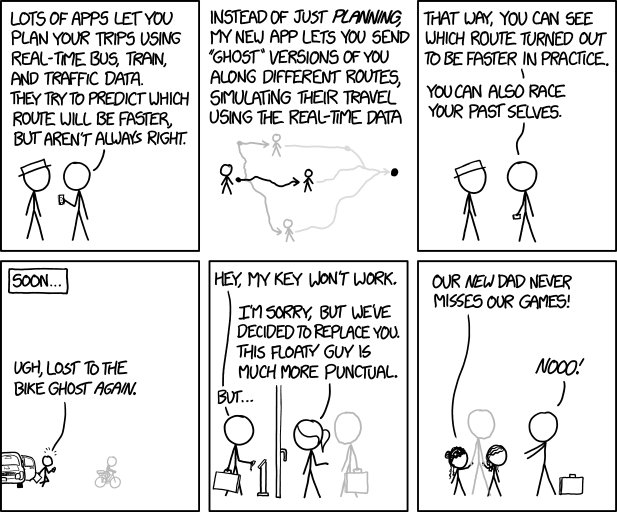 Memorials represent the strengths and weaknesses of wars and the societies that make them.  They create conversations around symbolic and socio-political landscapes on both local and global levels.  They are the social, physical and/or digital arrangements of space and artifacts.  They impose meaning and order on chaotic experiences of life.

Some memorials we used to build this definition: 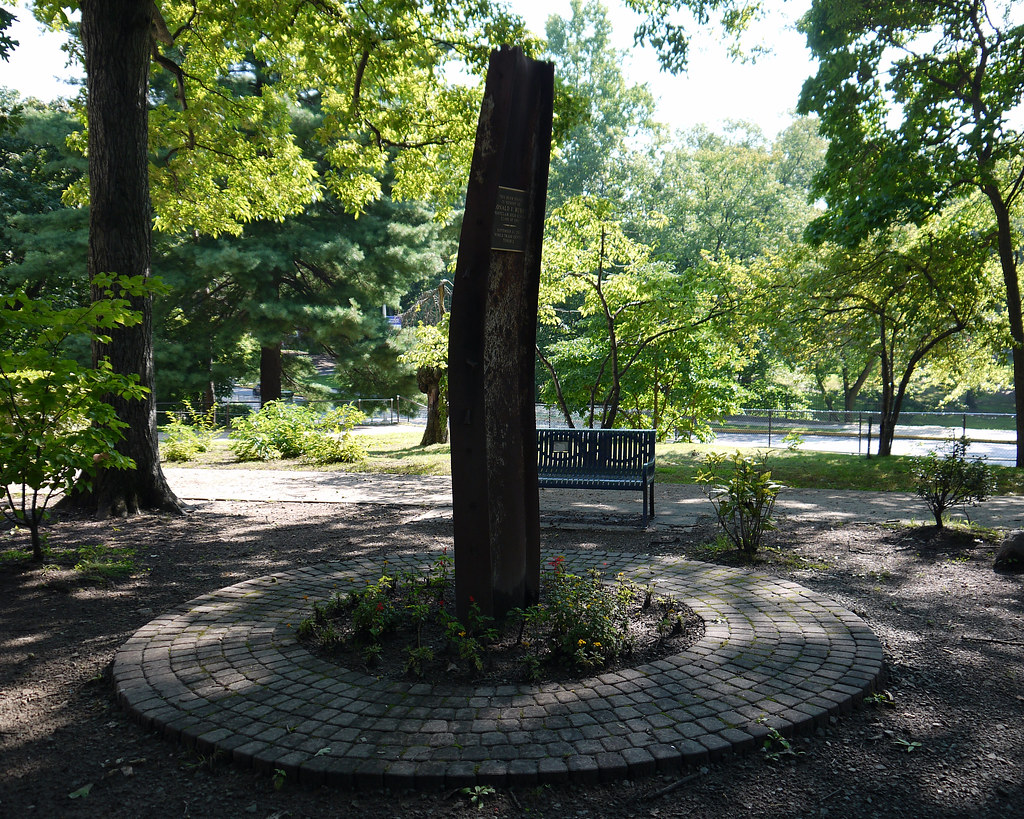 Memorial to the Murdered Jews of Europe, Berlin A digital facsimile of the New York Times from September 12th, 2001.

A collection of other front page articles

A digital artifact: The Lost and The Found

The Lost and the Found aggregates federal data that tracks missing persons and unidentified bodies.  It is meant to harness the power of the internet to match names to faces of the dead and unknown (The Found) and find the locations of missing persons (The Lost)

XKCD is reliably good for musings on how technology shapes our lives, but this seemed appropriate for the course: 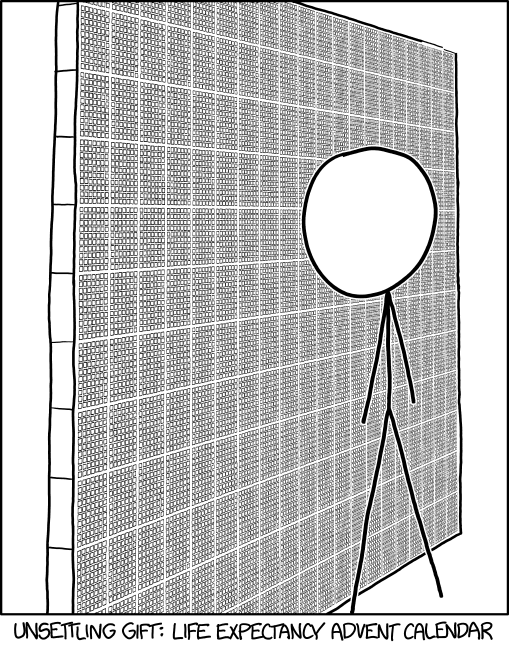 Apropos of our discussion today